Hannibal’s original Water Treatment Plant (Filter Plant) was built in 1879.  Major improvements to the Plant were made in 1924, 1965 and 1995.  Upon completion of the improvements in 1995, the plant was able to meet current water regulation standards, and the finished water capacity was increased to 7.5 million gallons per day.  Since that time the plant has been improved to address specific issues that had arisen either from regulatory requirements or to address process deficiencies.  Some of these improvements included the addition of air scour to the filters, replacement of gas chlorine with liquid sodium hypochlorite, replacement of the transfer pumps, and the construction of a new clearwell.

New EPA regulations have caused the Hannibal Board of Public Works to perform an extensive regulatory review of the Water Treatment Plant and major improvements are underway to meet these new regulations as well as update the Plant's aged infrastructure. 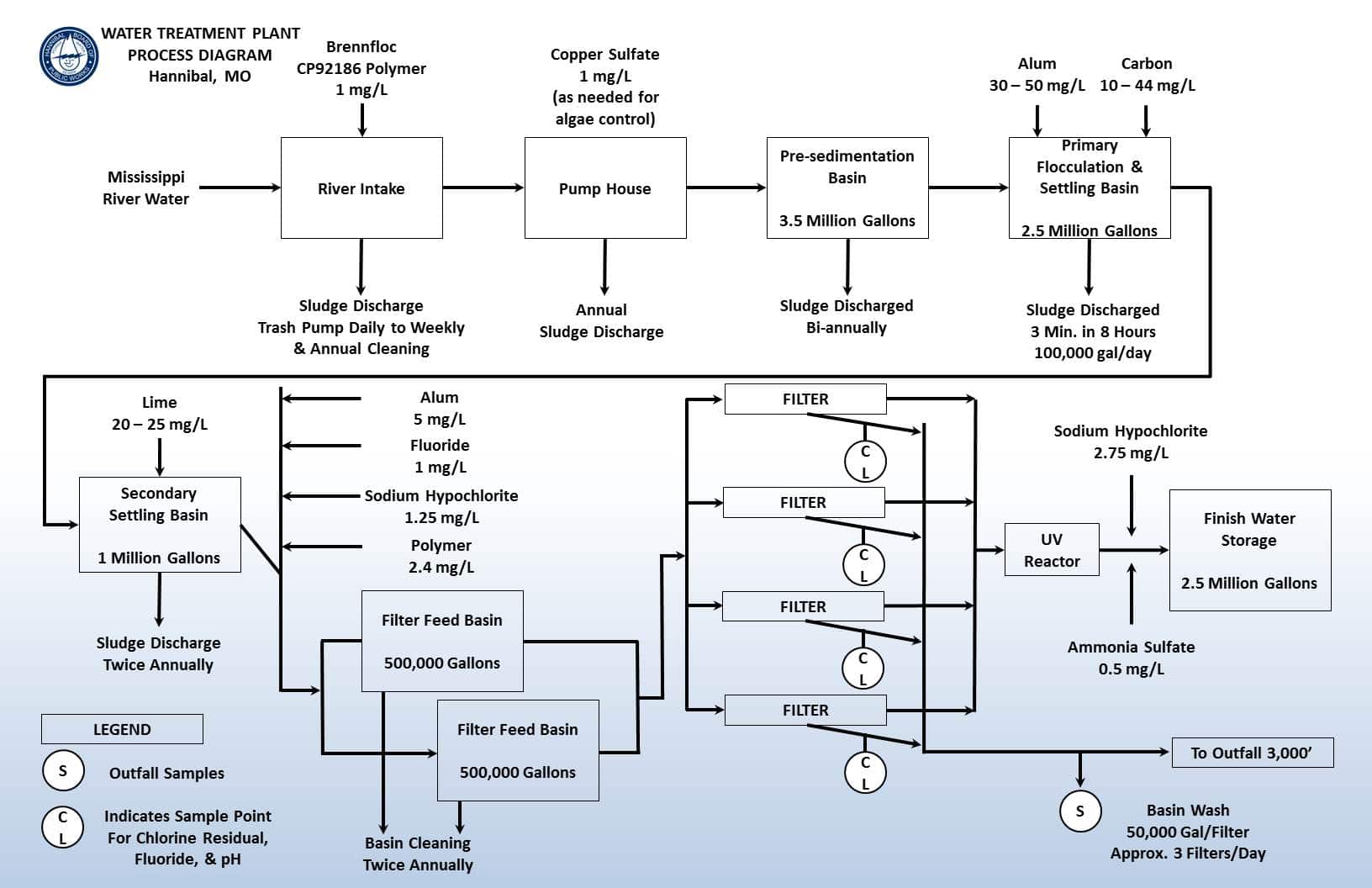 © 2021 Hannibal Board of Public Works